I try not to collect plastic bags, but sometimes they end up in my house! I've seen tea towel plastic bag dispensers before, so thought I'd give it a go myself. This blog post is kind of a tutorial on how to make one..

Take one thrifted tea towel. In this instance, a huge Fiji tourist tea towel! I've never been to Fiji, but thought it looked pretty! $2 in Salvos. 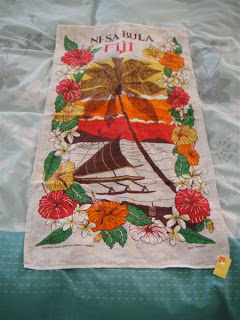 Firsty I cut, pinned and machine stitched some cream bias strip ($1 also from the same Salvos) along the bottom and top of the rear of the tea towel, importantly leaving a gap in between the bias strip, and leaving each side open: 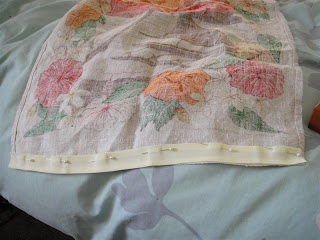 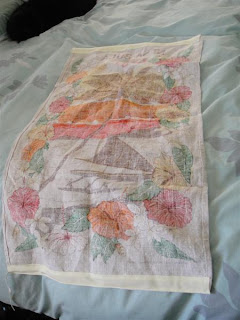 Cut a piece of elastic about the size you want your opening to be at the bottom of the dispenser, the saftey pin is for threading it through the bias strip: 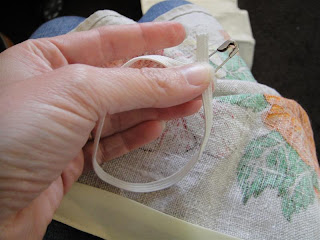 The ribbon is for the tie at the top of the dispenser, to hang in the cupboard/back of the kitchen door etc. Thread the ribbon through the top bias strip gap. I used a long piece of bias I found in one of my kitchen draws as the 'ribbon': 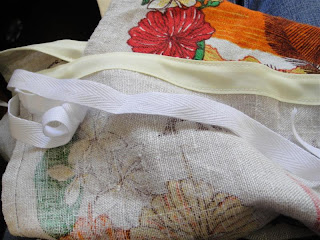 Now fold the teatowel exactly in half, and sew all the way down the far edge, but be careful not to sew the gap of the bias strip on the top or bottom: 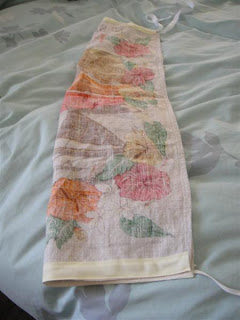 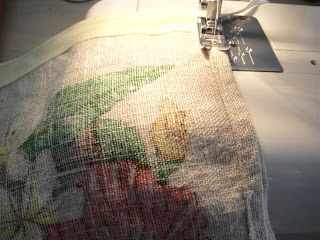 Thread the elastic through the bottom bias strip gap, using the saftey pin, and then hand stitch the elastic closed: 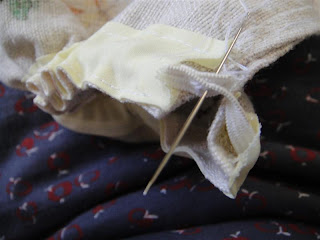 And last of all, hand stitch the bottom closure shut so you dont see the elastic, but be careful not to catch the elastic with your needle, just sew the tea towel: 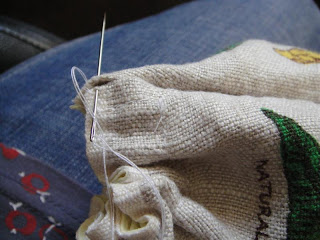 And voila, your new plastic bag dispenser, just what you've always wanted?! Pull the plastic bags out from the bottom, and put 'new' ones in the top: 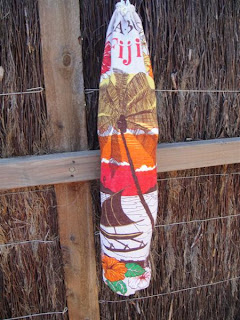